Hatchet job of the year 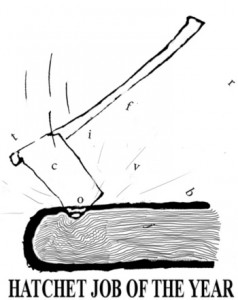 Bad reviews are obviously one of the worst things to happen to any author. But, as readers, we love them! It’s far more fun to read a waspish turn of phrase than a fawning reproduction of a book’s back cover blurb.

Founded by website, The Omnivore, and only in its second year, the Hatchet Job of the Year award is given to the writer who pens the angriest, funniest, most trenchant book review of the past 12 months. It aims to raise the profile of professional critics and to promote integrity and wit in literary journalism. 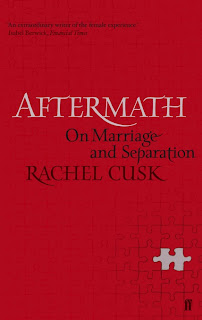 
And the runners up…