And the prize for oddest title goes to… 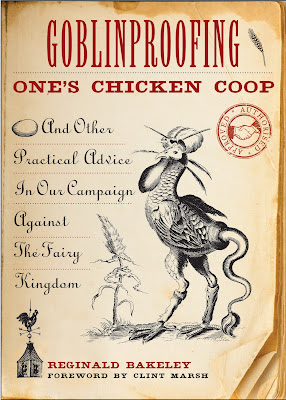 Goblinproofing One's Chicken Coop – a practical guide on how to clear your home and garden of goblins and banish them forever – has been named the weirdest book title of the year. Reginald Bakeley's tongue-in-cheek manual beat a shortlist that included How Tea Cosies Changed the World, and How to Sharpen Pencils, to win the Diagram prize for the oddest book title of the year.

The book joins former winners of the Diagram – given out annually by the Bookseller magazine – including Highlights in the History of Concrete, Bombproof Your Horse and last year's top title, Cooking with Poo. The first ever winner of the prize, in 1978, was Proceedings of the Second International Workshop on Nude Mice.

Philip Stone, the Diagram prize's administrator, said, "the kind of niche, offbeat publications that often appear on the Diagram prize shortlist might not make their writers or publishers rich beyond their wildest dreams, but the fact that writers still passionately write such works and publishers are still willing to invest in them is a marvellous thing that deserves to be celebrated."