"If Books Ever Die, Snobbery Would Be Standing Over its Corpse" 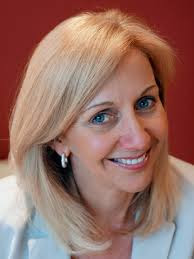 
One of our leading writers for children, Matt Haigh, might have hit on something here when he said that.
Julia Donaldson, the Children's Laureate, whose term of office has just ended, has hit out at the pitifully low level of review space granted by the media to children's books. And her powerful passing shot is the launch of a campaign to secure much needed prominence for children's literature in the UK media.
From Milne to Carroll to Barrie, Potter, Blyton, Dahl, C S Lewis, Ransome, Tolkein, Rowling, Morpurgo, Jacqueline Wilson, the Ahlbergs, and on and on, British children's authors and illustrators have stormed the world.
Writing is in our DNA. For generations our writers have fed the minds and imaginations of young readers and their work has informed other cultural artforms. They've brought thousands of visitors to the National Rail Museum, provided much needed coffers for the Chancellor's chest, helped to establish the National Trust c/o Beatrix Potter and, in the case of JM Barrie, continue to help sick children at Great Ormand St.
So if children's books account for a nearly a quarter of all book sales in Britain and if children's authors lead the library lending lists how much media space is devoted to them?
In a highly charged article in the Sunday Times Donaldson said, "less than a fiftieth of review space in printed newspapers was dedicated to children's books" and, of the BBC she pointed out that on Radio 4's A Good Read, "of the 48 titles since last summer only one was a children's book."
This poor showing according to Donaldson whose best known book The Gruffalo is a worldwide phenomenom, could be to do with the fact "we don't value children" in the UK whereas, "in other countries it's a very different story."
She pointed out that newspapers in Germany, for instance, print lengthy articles and interviews about children's writers and illustrators and the same can be said of the New York Times.
Other critics have pointed out that the lack of space in the UK media means that reviewers are forced to feature only titles they recommend and are not at liberty to challenge the hype that powers the weaker titles that swamp the market and delude the public. Incisive print reviewers such as Nicolette Jones, Amanda Craig and Julia Eccleshare should be allowed the scope to harness their full discerning powers and yet, with the expection of seasonal highlights, their space is considerably restricted in comparsion with titles for adults.
Our lack of respect for children may be part of the problem but Matt Haig was probably right to highlight a peculiar British trait as another, one that underpins and plagues the British psyche. "There is something innately snobby about the world of books. There is the snobbery of literary over genre, of adult books over children's, of seriousness over comedy, of reality over fantasy, of Martin Amis over Stephen King."
Martin Amis certainly didn't help the cause when he said, "if I had a serious brain injury I might well write a children's book", while Granta's editor hit the headlines recently when he referred to Leeds, home to a disproportionate number of international writers including Arthur Ransome and Louise Rennison, as being "out of the literary world."
The fact remains it is arguably more difficult to write for children than for adults. Nuance, inference and creativity have to be shaped within an accessible format and it is far easier for me, as an author of picture books, to write a free flowing feature like this without any restraints on vocabulary than it is for me to tap into the inner recesses of a child's discerning mind and feed their desire for more.
Julia Donaldson is a credit to the world of children's books, a courageous and outspoken pioneer as well as a brilliant writer. She is passionate about improving literacy and the media would be foolish to ignore her as well as to ignore our books for children. 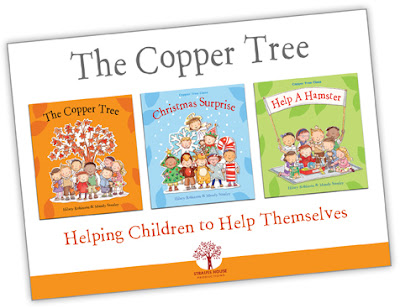